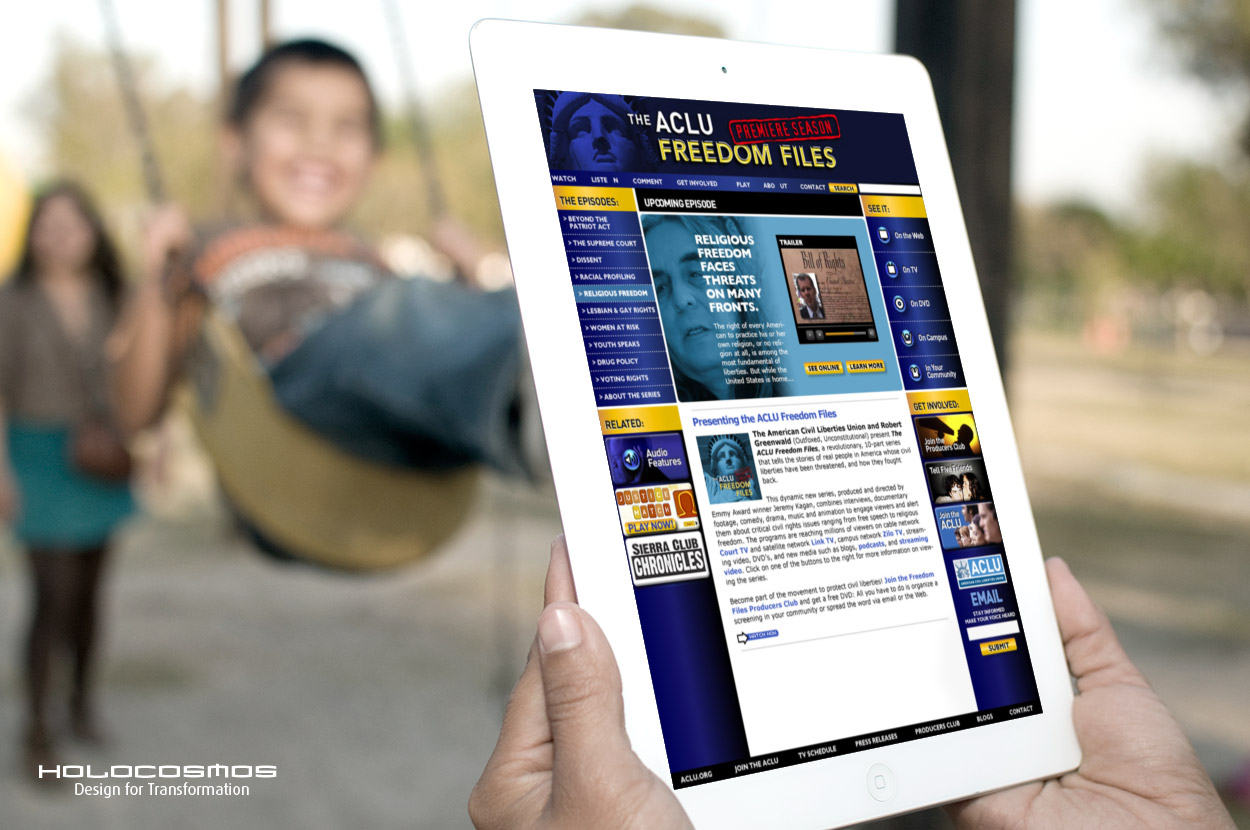 Time Warner is one of the world’s great media organizations. Silicon Graphics (SGI) is a world leader in high-performance computing technology for graphic design, Internet, and entertainment applications. In 1994, Time Warner and SGI joined forces to create the Full Service Network (FSN), an interactive television test deployment to 4000 homes in Orlando, Florida over a digintal cable plant. FSN was deployed for over five years until late 1998. For the initial development, our team developed in several ITV tests for FSN to find out how ordinary users would interact with interactive television.

We designed early ITV interfaces for navigational tests and participated in a simulated living-room laboratory environment for interactive television sponsored by SGI. This included the world’s first dynamic pizza ordering system on ITV — users could select all the attributes of a pizza with their remote controls and see it assemble dynamically on the screen before ordering. We helped to provide a tremendous source of valuable user interface information in the early quest to learn how nontechnical users perform tasks and respond to interactive control of ITV apps using a special remote control.

We also helped to design the UI for an early movies-on-demand navigator, an application that would later be a significant area of ResonantBrand expertise.