Microsoft “Whatever” from Brooks Cole on Vimeo.

Microsoft Corporation is the world’s largest software company, expanding quickly into realms beyond its traditional PC Software business. In 1995, it created a broadband application test deployment for children using Microsoft’s Tiger network and server technology. In collaboration with (Colossal) Pictures, our team created the architecture and UI design for several broadband applications for the channel. Our work drove focus group adoption, we designed a proprietary screen font for the network, created an on-screen keyboard for use by children, and developed children’s online game, messaging, and quiz applications.

Pumping Up Microsoft Broadband for Kids
Brooks Cole and his team created a wacky 3D UI to log into, communicate and play in a world under the interactive control of kids and their remote controls. 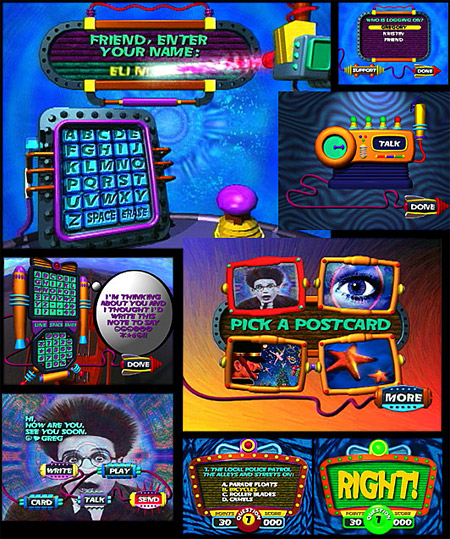