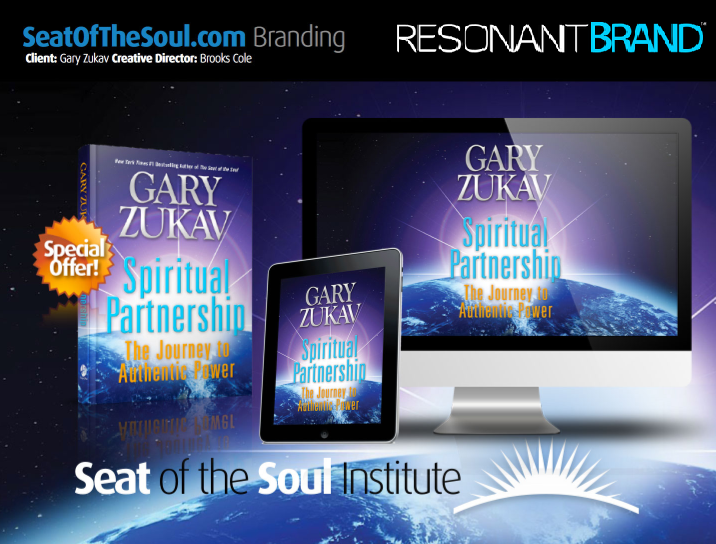 Ken Wilber is the most widely published academic writer in the world today. His unmatched integration of science and spirituality has earned him comparisons to Hegel, Einstein, and William James. On April 16, 2001, Wilber sat down for an interview with Enlightenment.com in which he discussed everything from his spiritual and philosophical ideas to how he gets through the day. The resulting interview, Ken Wilber, Speaking of Everything, is the first recorded interview Wilber has allowed to be released and can be purchased as a two-CD set at Enlightenment.com. For those unfamiliar with Wilber’s works, the audio interview provides an excellent introduction and an alternative to Wilber’s somewhat intimidating prose; for those already familiar with Wilber’s work, the audio medium reveals a surprisingly funny, warm, and humane man of exceptional intellectual brilliance and insight.

ResonantBrand was asked to provide a provocative packaging design that would encapsulate the power and prose of this major 21 st luminary. We created packaging designed to welcome both newbies and the deeply dedicated integral philosopher. Here is an example of our work…